The drive way is now about where it was before we had the snow storm last week, but not on the driveway it seems like there is double or more snow currently on the ground. We got to 40 today and tomorrow it is suppose to hit 45, which is now the average temp, with showers in the evening.

Note- Today I witnessed two sandhill cranes flying around in circles at a pretty high altitude before they eventually flew off to the SE. I could tell they were sandhill's by their call. I wouldn't have had any clue they were up there had they not been squawking, they were way up there and hard to see. 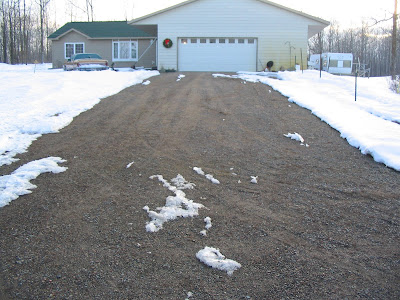 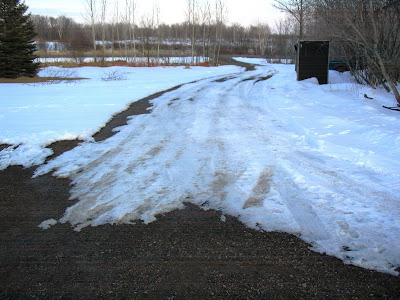 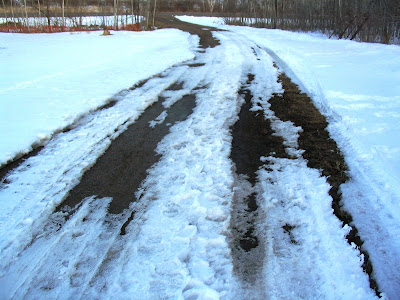 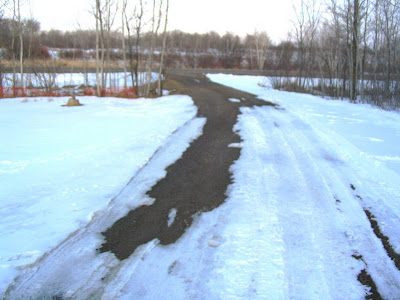 Email ThisBlogThis!Share to TwitterShare to FacebookShare to Pinterest
Labels: Family, weather, When Will I See My Driveway?